“The Marriage of Heaven and Earth” is a presentation by shamanic astrologer Brett Joseph about the starry stories on which many world traditions are based. We will investigate the cosmological, astronomical, and astrological mysteries hidden within those tales along with the ancient practice of aligning temples to the stars using examples from Newgrange, Giza, Chitzen Itza, Chaco Canyon, Serpent Mound, Washington DC, and other sites. Hear about the 26,000 year Precession of the Equinoxes as it relates to the cyclical evolution of human consciousness; the Turning of the Ages and Galactic Alignment as predicted by the Mayan Calendar and other ancient sources; and the difference between Constellational (Star) and Tropical (Earth) astrology. Learn about the importance of reuniting astronomy (The Above) with astrology (The Below) by looking up as well as within so that we may consciously serve as conduits for the Marriage of Heaven and Earth. As Above, So Below.

Gemini Brett Joseph is a modern mystic, StarryTeller, and shamanic astrologer. He lives in Seattle, Washington when he’s not exploring the world’s sacred sites. Gemini Brett’s childhood astronaut dreams and collegiate curriculums of astronomy and aeronautical engineering were celestial signposts along the road to his right livelihood as an Astrologer. Even in a five-year break from academic pursuit spent chasing his saxophone around the country as a touring musician, wasn’t he really just trying to become a star himself? Since joining the Shamanic Astrology Mystery School in January 2013 Gemini Brett has recorded over 300 readings. In his devotion to release the astrological arts from the negative, past paradigms of patriarchal planet police, Brett travels the world presenting workshops and sacred ceremonies. He heals the condition he calls STARvation by voicing the mysterious vows which have always married the Earth to the Heavens. Gemini Brett’s website is MoreThanAstrology.com 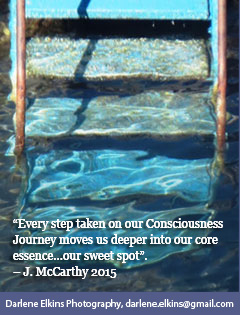